All Quiet on the Martian Front - They came from the desert

The British North African Forces have several staging areas in native towns all over North Africa.  They generally have small local forces along with a garrison of British forces, they are storage areas for the building up of supplies so they are ready for a big push to destroy Martian holdfasts in North Africa.


The British garrison ready for inspection.  The vehicles all parked at the back are awaiting crews which are due to arrive over the next few days. 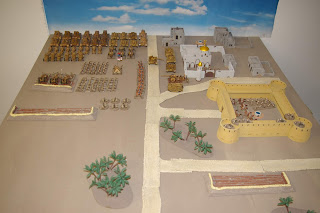 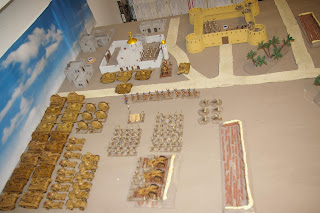 Bedouin camel scouts are racing back to the fort. 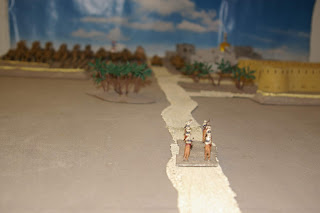 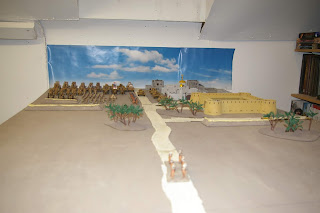 They have come to warn that the Martian are advancing quickly and are nearly upon the town.  The bedouin have also informed one of the columns bringing crew for the vehicles and they are making all speed toward s the town. 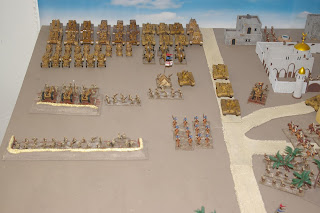 The British and bedouin forces quickly deploy.  The first support column arrives and they quickly deploy their guns and armoured cars while the trucks race the crews to the vehicles. 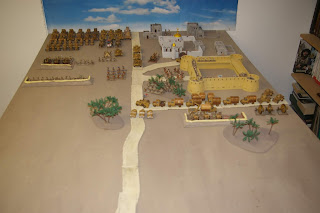 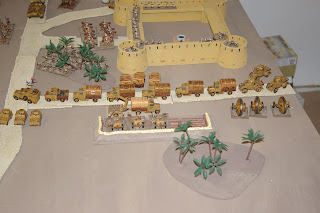 Just as the first wave of Martians arrive 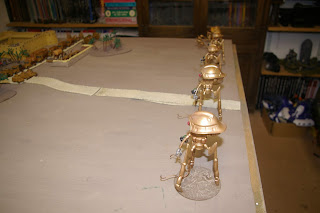 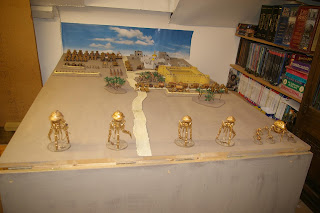